Track and Field athletics members from Waveney Valley AC were recognised on Friday night with the annual awards presentation evening taking place at Rookery Park golf club.
Alongside a disco, athletes and parents were reminded of both the team and individual achievements of many of the clubs athletes over the year.
Presentations were made to the track and field club champions who received their engraved champions shields:
U11s Cameron Wedon and Ana Colbridge
U13s James Burgess and Agatha Gouldby
U15s Joel Burgess and Kiera Kane
U17s Tom Spurgeon and Abeni Beckham
Seniors Josh Mayston and Michaela Gooch
Other athletes were recognised for their improvement and others for specific athletics disciplines:
U11 most improved Oscar Chong and Erin Stocking
U13 most improved Cohen Copeman and Ruby Benson-Smith
Best Sportshall Joel Burgess and Tia Duncan
Best XC William Browne and Ella Newman
Best T&F Michael Van-Haren and Abeni Beckham
Coaches Athlete Josh Mayston and Ana Colbridge
Athletes Athlete Oscar Chong and Agatha Gouldby
Further presentation were made to many of the clubs athletes who had reached the AAA standards in one or more events.
Special thanks to parent volunteers Nicky Mayston and Natasha Gouldby for organising the evening.
The following day, Saturday, saw the clubs younger athletes – U11s, U13s and U15s compete in the clubs Sportshall Championships. Sportshall mirrors outdoor track and field athletics, but modified for indoors. The clubs athletes competed over two running events, standing long jump, speed bounce along with shot put (chest push for U11s).
With only two weeks indoor training, there were some exceptional performances standing the club in good stead for the Suffolk Sportshall league which starts next week in Ipswich.
Combining the performances over the five events identified the new club champions, along with silver and bronze medalists:
U11B Cameron Wedon (120), James Whittaker/Oscar Chong (114) and James Skinner (112)
U11G Ana Colbridge/Taya Hugo (122), Summer Phipps (115) and Erin Stocking (114)
U13B James Burgess (118), James McAllen (114) and Jude Benson-Smith (108)
U13G Agatha Gouldby (124), Ruby Benson-Smith (115) and Tia Duncan/Eve Westgate (113)
U15B Nathan Littlejohns (124 and Seth Frankland (121)
U15G Oriana Hugo (124) and Leigha Mayston (48) 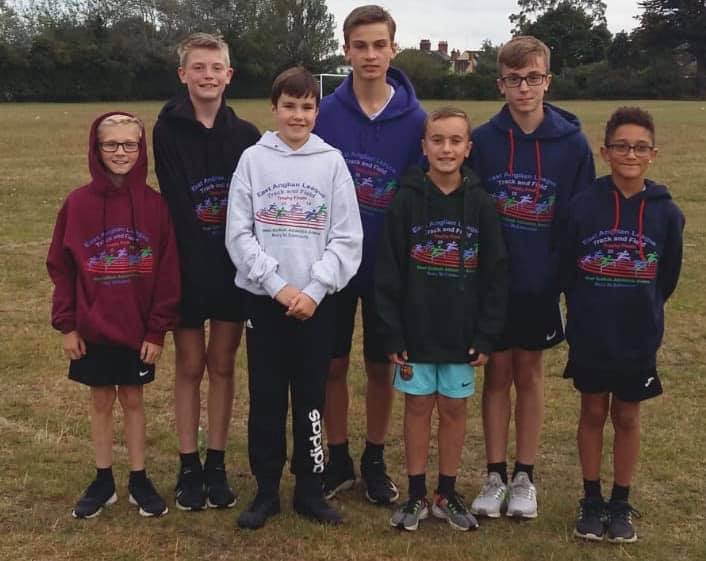 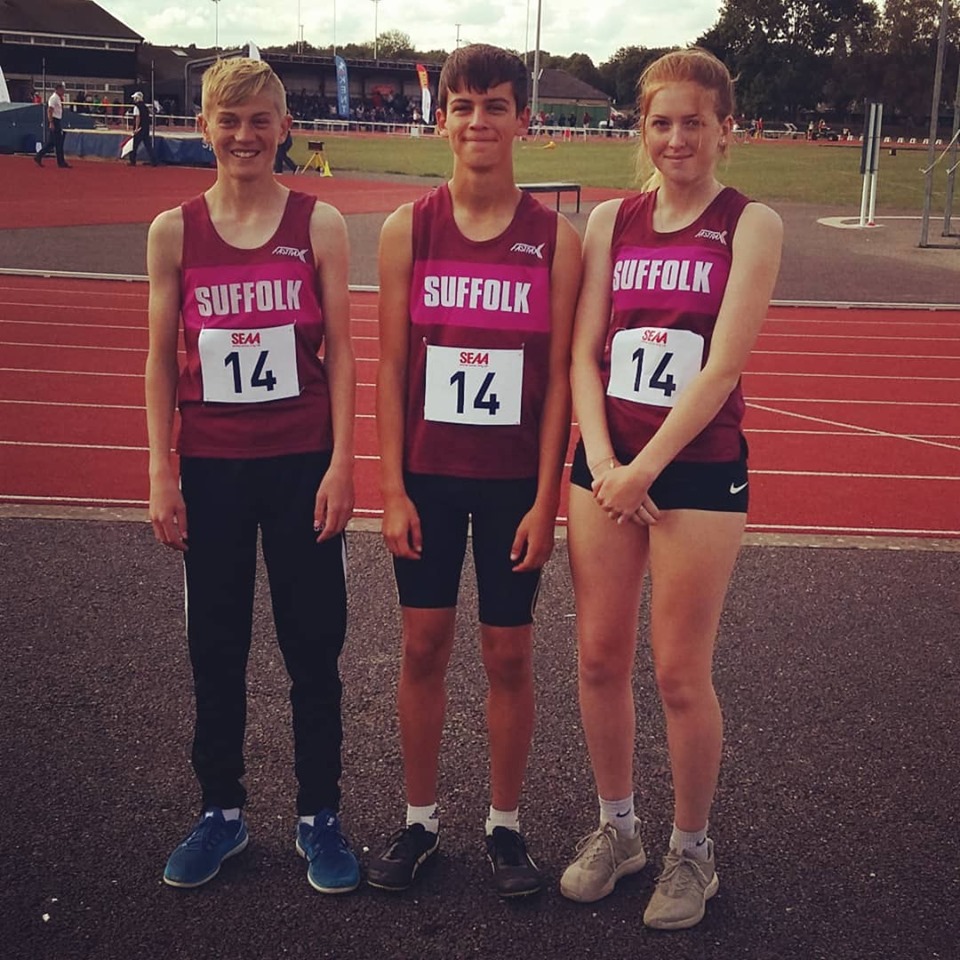 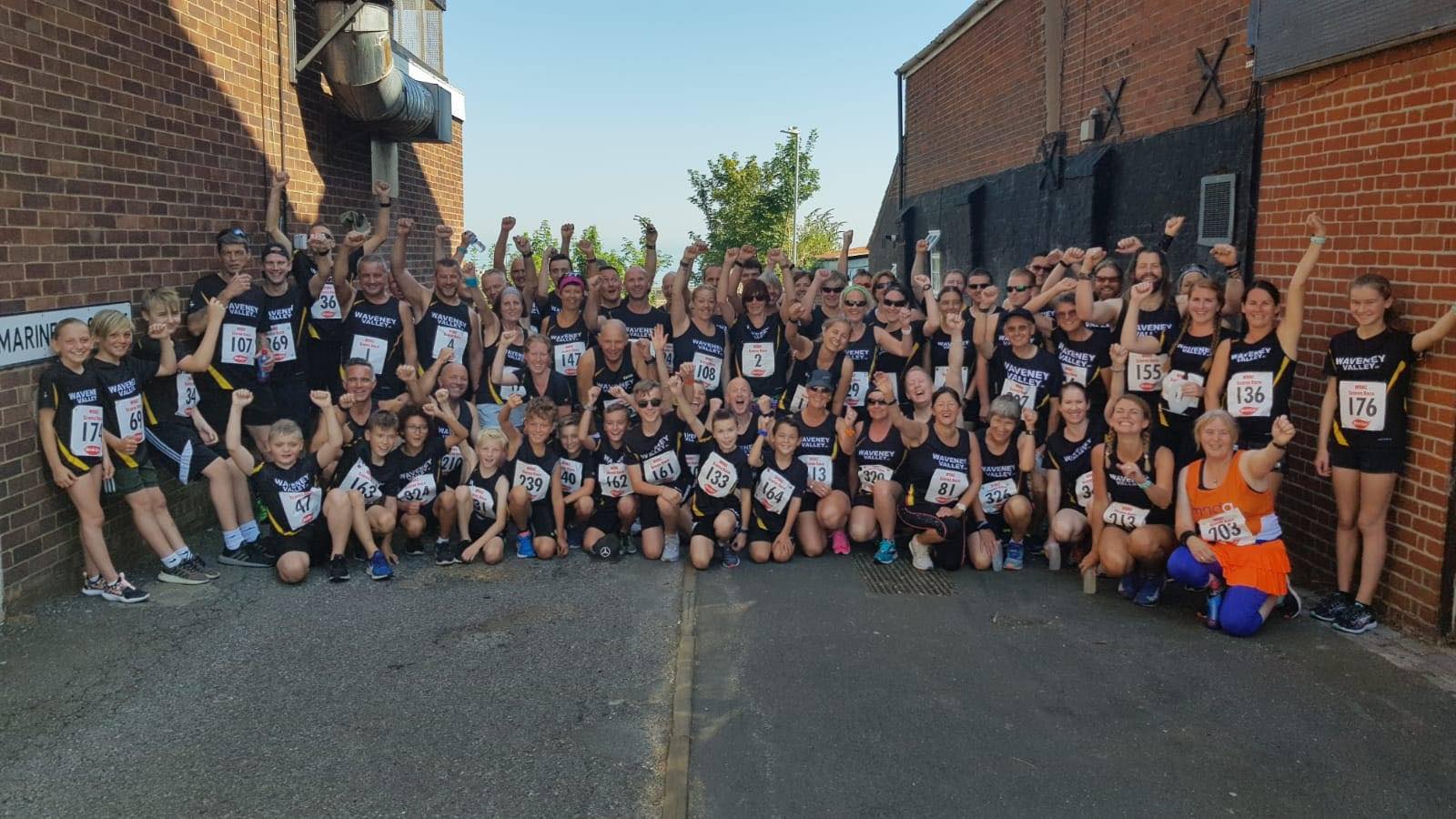 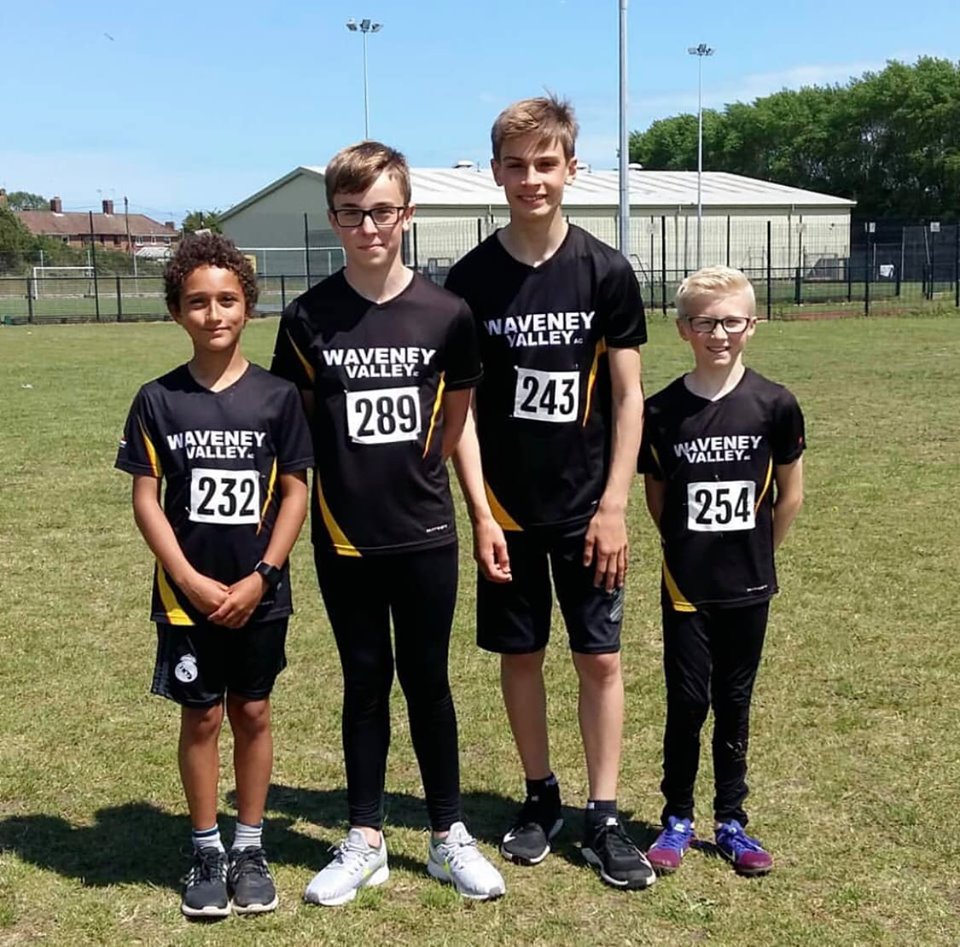 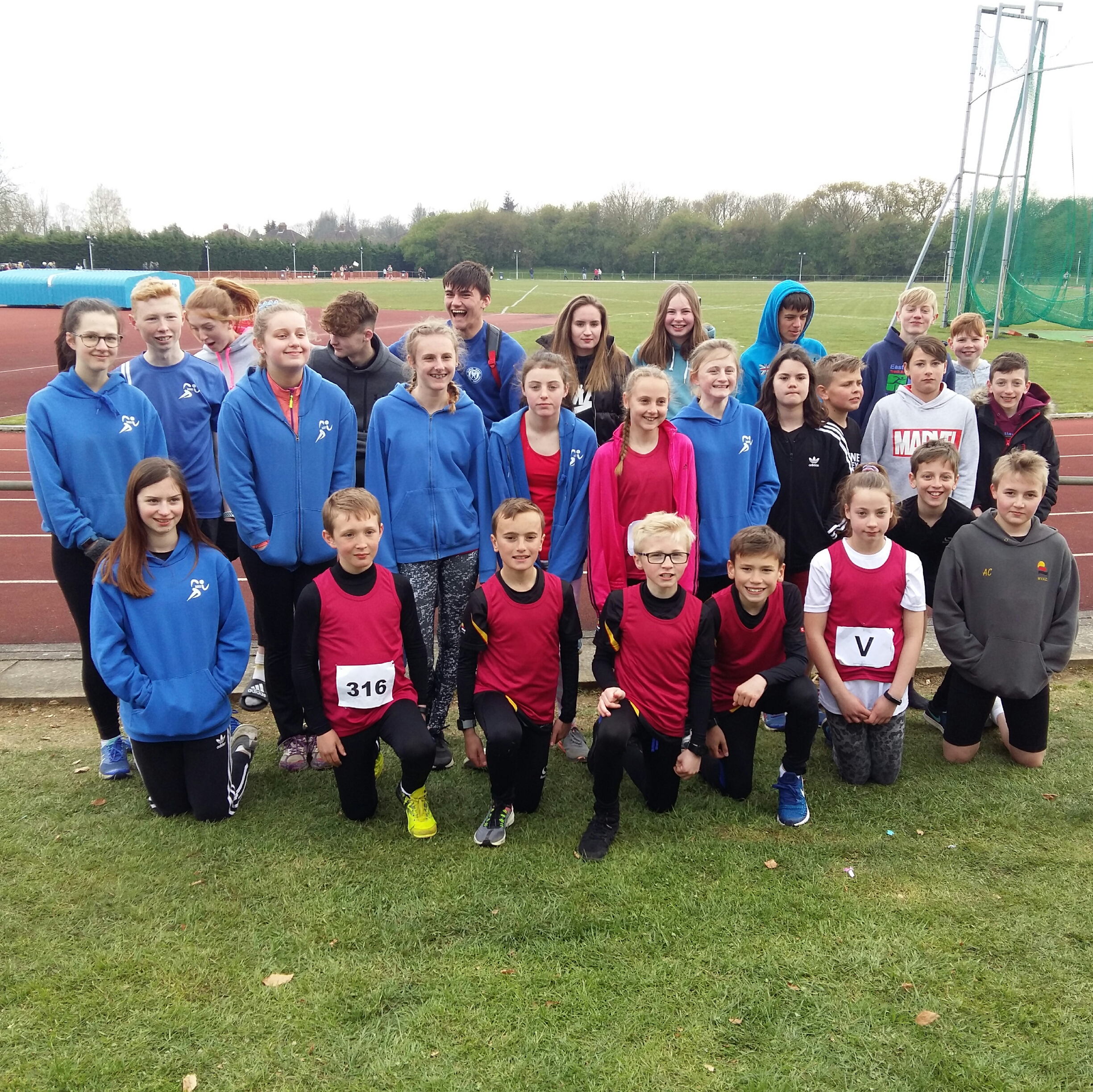 On Thursday the clubs athletes embarked on the 2019 Track and Field season at Great Yarmouth. Traditionally a very cold opener and this meeting was no different! With rarely run races for the juniors the club had 6 new club records set and one so close it deserves a mention.

Many new athletes competing for the first time did very well especially in such tough conditions, so well done to all!

In the Inter-Club Sportshall Tournament in Lowestoft, the host Waveney were in action against athletes from Gt Yarmouth & District AC, Beccles and Bungay Harriers, Bungay Black Dog AC and Framlingham Flyers. There were 90 athletes in action, with just under 40 from the host club, where all athletes contested 2 and 4 lap races, long jump, speed bounce and chest push with the medalists scored across all five events cumulatively.

Waveney’s boys excelled with a 1-2-3 for the U11s led by Lewis Barnes, James McAllen and Ben Littlejohns taking bronze. It was the same with the U13s with William Browne taking gold, followed by James Burgess and Thomas Supple. Another gold went to Waveney U15 Vaughan Beckham, followed by Tom Spurgeon with silver.

Our next Inter-Club event is Cross Country.
We are in 1st place for U11 and U13 boys, and also 1st overall, but we need a full turnout with Girls and Boys to maintain our overall position.
Our U11 and U13 boys are in the 1st four places individually, whilst our U15 boys are in 2nd and 3rd places.